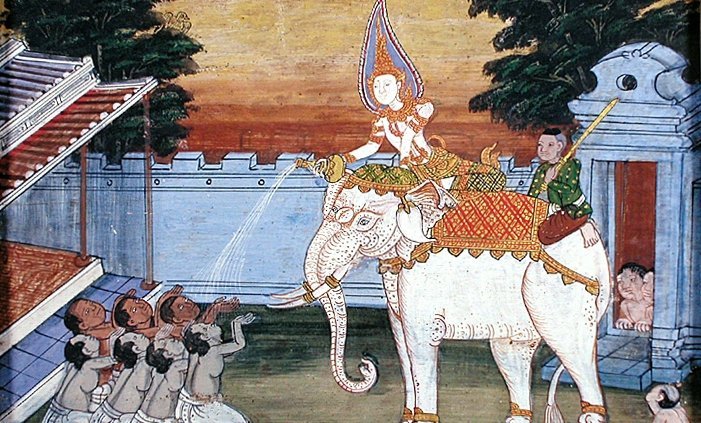 This fascinating short article was written by one of the Phang Nga Elephant Park Volunteers, Will Lunt, during his 3-month placement at the Park in early 2019 (please see About the Author at the end of the article). We are very grateful to Will for writing this article and note that credit has been given for the photographs used.

Disclaimer: Please note that the views expressed in this article are solely those of the author and do not necessarily represent those of Phang Nga Elephant Park or its representatives. 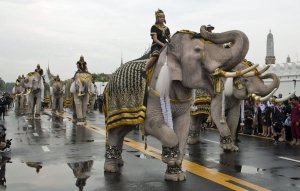 Whilst the first mention of ‘white elephant’ may bring visions of entirely albino elephants, the white elephant is in fact far from that. The elephant is of significant cultural value here in Thailand so it comes as no surprise that such a rare genetic fault is considered to be fit for royalty only, with legal ramifications if you’re lucky enough to find yourself with a baby white elephant. ‘White elephants’ are a form of albinism but the mutation seems to be more prevalent in Asian elephants than their African relatives.

Asian ‘white elephants’ appear to be more light brown or pink, compared to the typical dark grey as seen, for example, in the elephants at Phang Nga Elephant Park.

In Thailand, there are critical tests that must be conducted by Royal appointed Governors and experts to determine whether an elephant has the correct physical and behavioural attributes of a ‘white elephant’. If the elephant is deemed to have appropriate attributes, it will then be ranked hierarchically based on seven criteria: 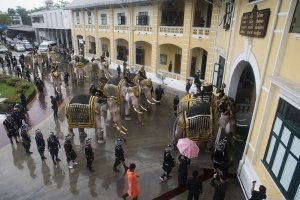 In Thai, the official name of the white elephant is ‘chang samkhan’, meaning auspicious elephant.

So, a white elephant does not literally have to be white in colour, but pure (metaphorically white) in being.

The term derives from the sacred white elephants kept by Southeast Asian monarchs in Thailand, Burma (Myanmar), Laos and Cambodia. To possess a white elephant was regarded (and is still regarded in Thailand and Burma) as a sign that the monarch reigns with justice and power, and that the kingdom is blessed with peace and prosperity. 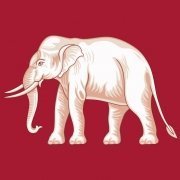 According to Chakrabongsa (1960, Lords of Life, Alvin Redman, London): “In Brahmanic belief, if a monarch possessed one or more ‘white’ elephants, it was a glorious and happy sign.” King Trailok possessed the first. In the Thai language, they are called albino, not white, indicating “pale yellow eyes and white nails”, with white hair. The “rough skin was either pink all over or had pink patches on the head, trunk, or forelegs.” “They were not worshipped for themselves and were regarded as an appendage to the King’s majesty.”

King Trailok (1431–1488) was the king of Ayutthaya and gained the epithet King of White Elephants.

For all kings, white elephants are a sign of quality. His Majesty The King is understood currently to have ten white elephants, six of which are cared for at the Thai Elephant Conservation Centre in Lampang, Northern Thailand.

To read more about Will, please click here and scroll down.

Image 1: White elephants in a funeral procession for His Majesty King Bhumibol in 2016 Image source: https://www.thestar.com/news/world/2016/11/08/white-elephants-mahouts-in-thailand-pay-respects-to-late-king-at-grand-palace.html