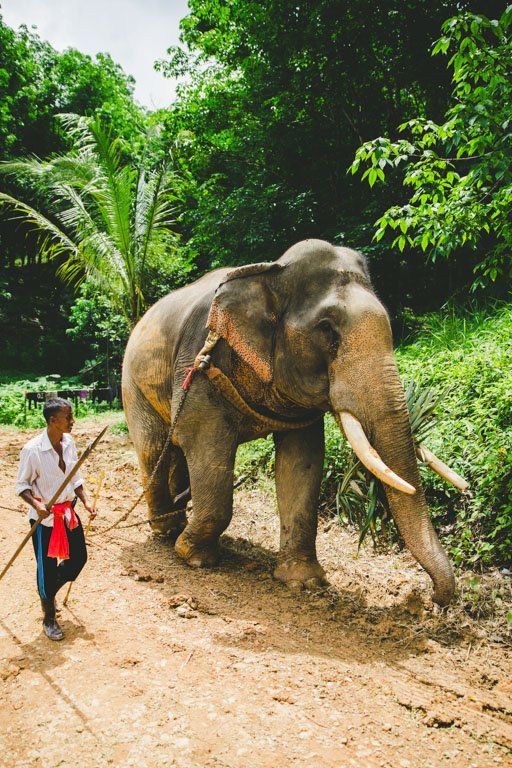 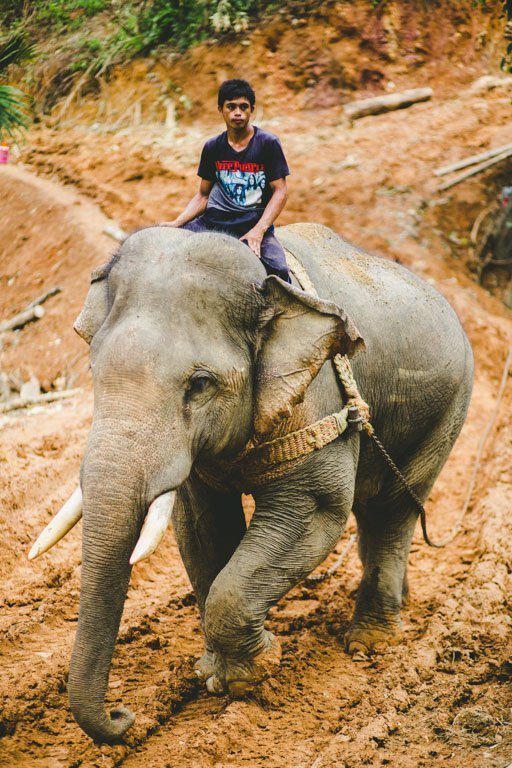 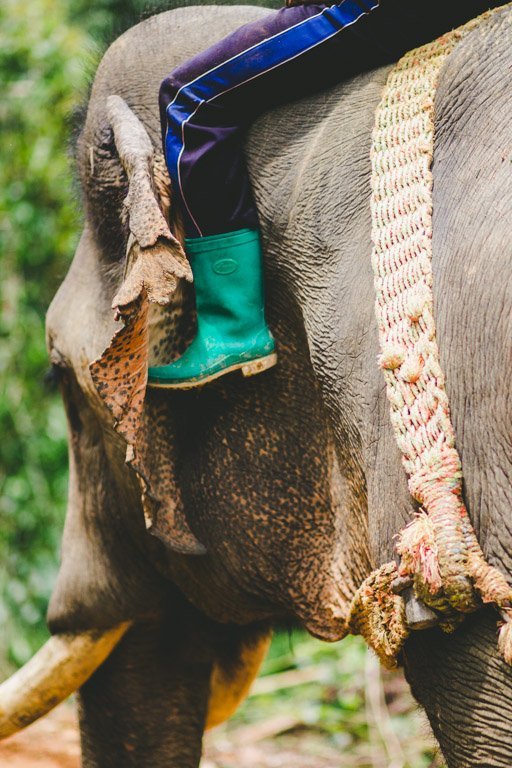 Asian elephants have been a symbol of Thailand since ancient times and these magnificent animals are currently recognised as part of the national identity. Elephants have played an important part in Thailand’s history and today the Thai elephant (“chang” in spoken Thai) is an enduring symbol of Thailand. The elephant also has special spiritual significance with its deep associations with Buddhism and Hinduism. In the year 1900, the number of elephants in Thailand was estimated to be around 100,000, but just over a century later, that figure had been dramatically reduced to around 3,000 – 4,000 with almost half of that number domesticated and the remainder living wild in National Parks. Today it is thought there may be about 3000 living freely and a similar number in captivity. Famous as the strongest beasts of burden, in Thailand elephants were important in battle, with kings mounted on elephants fighting the Burmese to defend Thailand on many occasions. The ancient kings of Siam used elephants to ride into battle and the more elephants a king had the more status and power he enjoyed. White elephants are rare but considered sacred and are a symbol of royal power; all those discovered in Thailand were presented to the king. Historically, the status of kings was judged by the number of white elephants in his possession. White elephants are not albinos and some actually appear more pinkinsh in colour. In English, the term “white elephant” has come to mean a spectacular and prestigious thing that is more trouble than it is worth! From 1855-1916, the national flag of Thailand (Siam as it was then) was a white elephant on a red background and the white elephant (see bottom right image) still features today on the Thai Naval Ensign. A Thai saying has it that a marriage is like an elephant – the husband is the front legs, that choose the direction, the wife the back legs, providing the power! In the past, wild elephants were caught and trained. The Forestry Department still uses trained elephants to extract illegal stores of teak logs, which poachers keep in remote areas where the use of vehicles would be impossible.

The modern-day African and Asian elephants belong to the Family of Proboscidea (which simply means animals with trunks). In the past there were some 350 species in this family, but over time the majority has become extinct (see image below). Today, there are only two survivors, namely, Elephas maximus (Asian elephant) and Loxodonta africana (African elephant). About 50-60 million years ago, the ancestors of the modern elephant occupied a variety of extreme environments ranging from tropical rainforests to deserts in both low and high altitudes. With the exception of Australia and Antarctica, the proboscideans have over time inhabited every single continent on Earth. A major reason why only these two species survived is probably their ability to adapt to evolutionary change. The Asian elephants once ranged from Iraq through Asia, into southern China and south as far as Java in Indonesia. However, centuries of hunting and habitat destruction caused dramatic declines in many countries. Below is an evolution diagram of the elephant, over six geological time periods from 55 million years ago to the present day.