Our Own White Elephant! 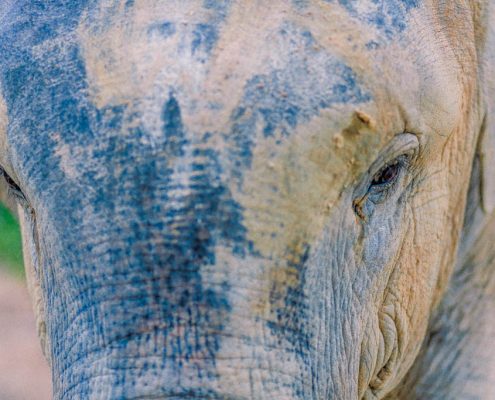 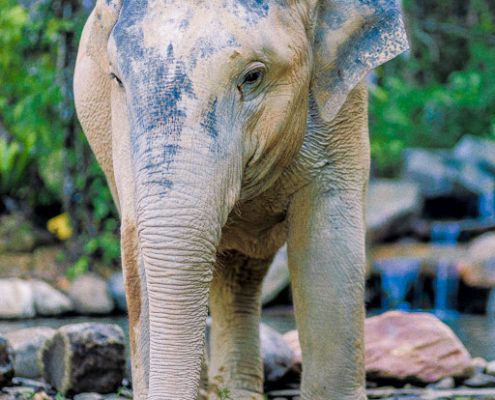 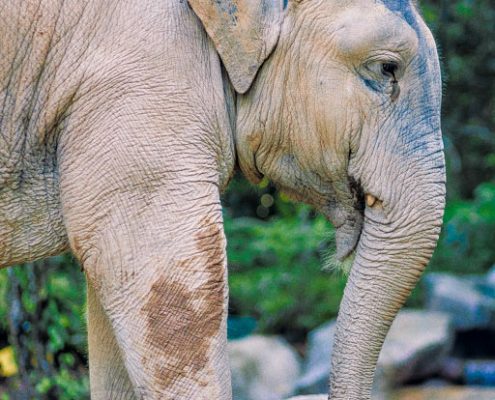 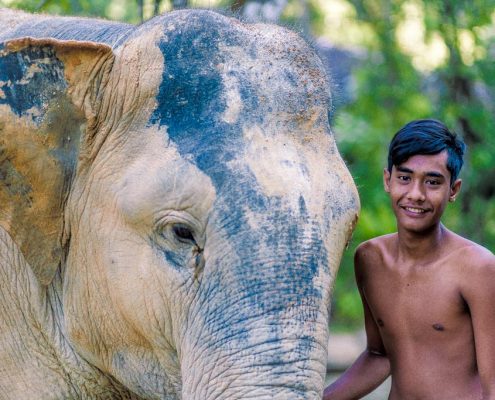 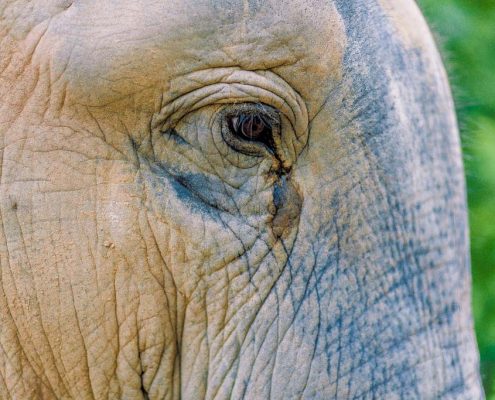 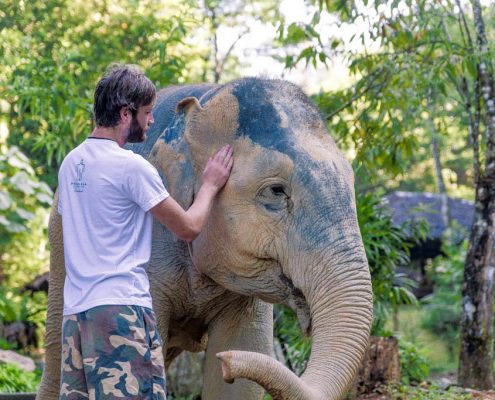 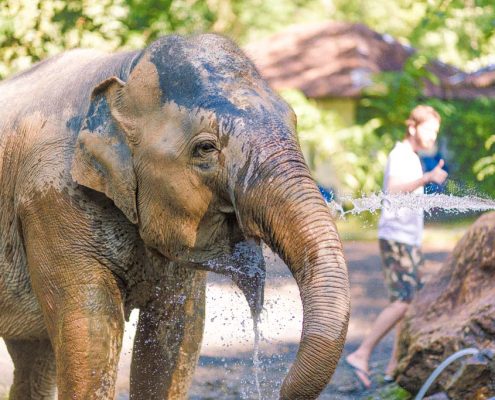 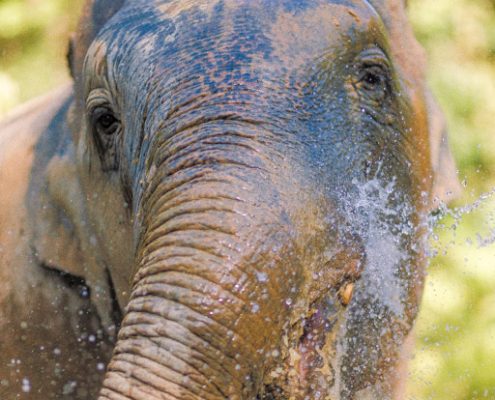 A few days ago, we woke up to an almost white Bai-Ngern, as she covered herself in mud overnight. Isn’t she stunning? Her name can be translated in English as ‘Silver Leaf’ which seems very appropriate given her new coloration! Bai-Ngern is 10-years old and is the newest addition to our Park. To see all elephants in our park, click here.

Unlike whitened elephants, the true white elephant is extremely important in Thai culture. They are believed to be essential to the wellbeing and prosperity of the Kingdom as well as a symbol of great power. By law, all white elephants have to be given to His Majesty The King. The Royal White Elephant used to feature on the flag of ancient Siam (1855-1917), which is Thailand’s former name. Click here for an image of the flag.

In fact, pure white elephants, like the one on the flag, do not really exist. Certainly, rare albino elephants exist, although they are generally a reddish-brown colour rather than white.  You can see a picture of a procession of 11 white elephants at the Grand Palace in Bangkok in honour of Thailand’s late King Bhumibol Adulyadej who sadly died in 2016 after reigning for 70 years.  Click here for the images.

The  correct Thai term for a  white elephant is chang samkhan, which means “auspicious elephant”. It is the sole responsibility of experts appointed by The Royal Palace using ancient rules to determine whether an elephant is worthy of the ‘white’ status or rank. Sometimes the colour is not the main factor and many look very much like normal, grey elephants. Checks and tests have to be conducted to make sure the elephant has the correct physical and behavioural attributes of a ‘white elephant’ and they are ranked hierarchically based on seven criteria:

1. The skin colour must be light, a kind of clay reddish

2. The colour of the eyes must be white or pink

3. The hard palate (the roof of the mouth) must be pink

4. The toenails must be white

5. The penis must be pink or white

6. The tail hair must be white

7. The body hair must be white

Several centuries ago, the Kings of Thailand would sometimes give a white elephant to their enemies. This apparent ‘Royal favour’ was often a problem for the recipient as the elephants required a lot of attention and because they were sacred they were not allowed to work, and could not be sold, given away or killed.  They could become quite an expensive burden! This led to the Western expression “white elephant” used to describe a valuable yet impractical object, that cannot be disposed of and is often not worth its maintenance costs.

The Royal Thai white elephants used to live in Chitralada Palace in Bangkok, but today they are housed at The Thai Elephant Conservation Centre in Lampang, in Northern Thailand, although are rarely seen by the public.  To read more about the TECC click here.

Why elephants rarely get cancer
Scroll to top